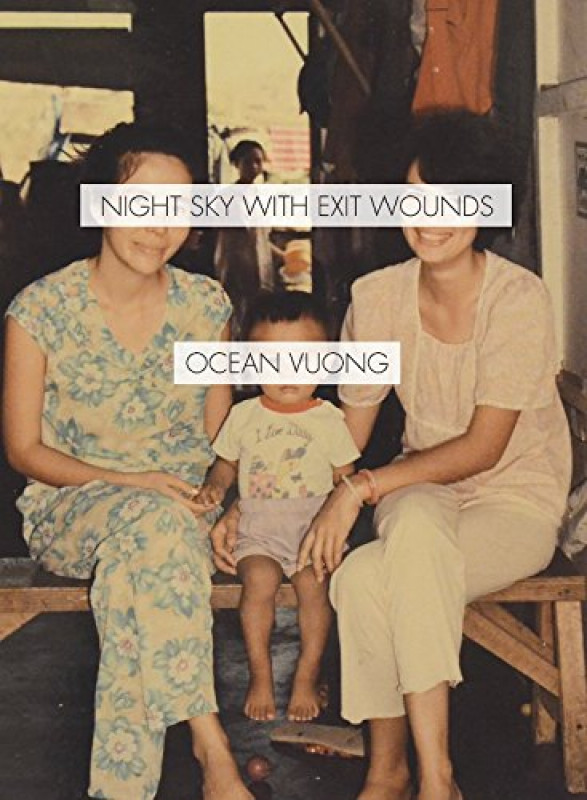 Michiko Kakutani in The New York Times writes: “The poems in Mr. Vuong’s new collection, Night Sky With Exit Wounds…possess a tensile precision reminiscent of Emily Dickinson’s work, combined with a Gerard Manley Hopkins-like appreciation for the sound and rhythms of words. Mr. Vuong can create startling images (a black piano in a field, a wedding-cake couple preserved under glass, a shepherd stepping out of a Caravaggio painting) and make the silences and elisions in his verse speak as potently as his words…There is a powerful emotional undertow to these poems that springs from Mr. Vuong’s sincerity and candor, and from his ability to capture specific moments in time with both photographic clarity and a sense of the evanescence of all earthly things.”

“Reading Vuong is like watching a fish move: he manages the varied currents of English with muscled intuition. His poems are by turns graceful and wonderstruck. His lines are both long and short, his pose narrative and lyric, his diction formal and insouciant. From the outside, Vuong has fashioned a poetry of inclusion.”—The New Yorker

"Night Sky with Exit Wounds establishes Vuong as a fierce new talent to be reckoned with...This book is a masterpiece that captures, with elegance, the raw sorrows and joys of human existence."—Buzzfeed's "Most Exciting New Books of 2016"

"This original, sprightly wordsmith of tumbling pulsing phrases pushes poetry to a new level...A stunning introduction to a young poet who writes with both assurance and vulnerability. Visceral, tender and lyrical, fleet and agile, these poems unflinchingly face the legacies of violence and cultural displacement but they also assume a position of wonder before the world.”—2016 Whiting Award citation

"Night Sky with Exit Wounds is the kind of book that soon becomes worn with love. You will want to crease every page to come back to it, to underline every other line because each word resonates with power."—LitHub

“In his impressive debut collection, Vuong writes beauty into—and culls from—individual, familial, and historical traumas. Vuong exists as both observer and observed throughout the book as he explores deeply personal themes such as poverty, depression, queer sexuality, domestic abuse, and the various forms of violence inflicted on his family during the Vietnam War. Poems float and strike in equal measure as the poet strives to transform pain into clarity.”—Publishers Weekly

"What a treasure [Ocean Vuong] is to us. What a perfume he's crushed and rendered of his heart and soul. What a gift this book is."—Li-Young Lee

Suppose you do change your life.
& the body is more than

a portion of night—sealed
with bruises. Suppose you woke

& found your shadow replaced
by a black wolf. The boy, beautiful

& gone. So you take the knife to the wall
instead. You carve & carve

until a coin of light appears
& you get to look in, at last,

on happiness. The eye
staring back from the other side—

Born in Saigon, Vietnam, Ocean Vuong attended Brooklyn College. He is the author of two chapbooks as well as a full-length collection, Night Sky with Exit Wounds. A 2014 Ruth Lilly Fellow and winner of the 2016 Whiting Award, Ocean Vuong lives in New York City, New York. 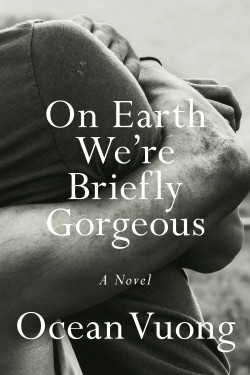 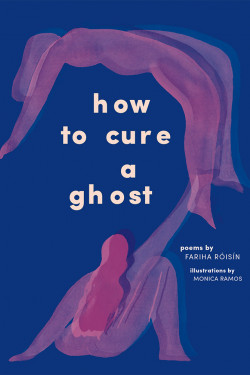 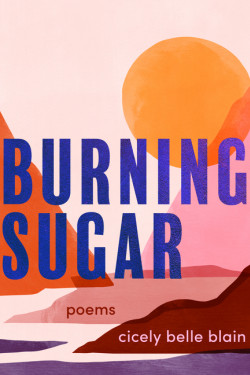 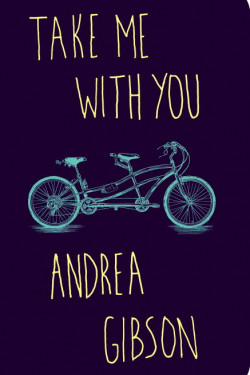 Take Me with You
By Andrea Gibson