The World We Make 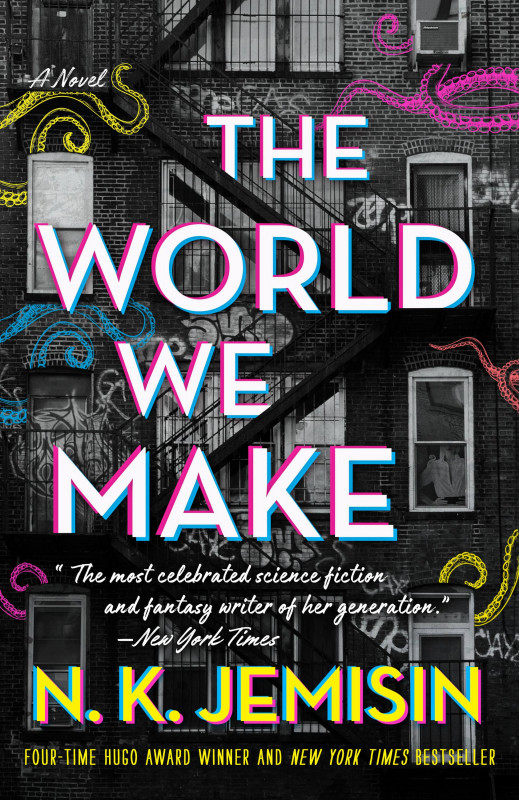 Three-time Hugo Award-winning and New York Times bestselling author N.K. Jemisin crafts "a glorious fantasy" (Neil Gaiman) -- a story of culture, identity, magic, and myths in contemporary New York City, in the final book of the Great Cities Duology.
Every great city has a soul. A human avatar that embodies their city's heart and wields its magic. New York? She's got six.

But all is not well in the city that never sleeps. Though Brooklyn, Manny, Bronca, Venezia, Padmini, and Neek have temporarily managed to stop the Woman in White from invading--and destroying the entire universe in the process--the mysterious capital "E" Enemy has more subtle powers at her disposal. A new candidate for mayor wielding the populist rhetoric of gentrification, xenophobia, and "law and order" may have what it takes to change the very nature of New York itself and take it down from the inside. In order to defeat him, and the Enemy who holds his purse strings, the avatars will have to join together with the other Great Cities of the world in order to bring her down for good and protect their world from complete destruction.
The Great Cities DuologyThe City We Became
The World We Make