The Son of Neptune (The Heroes of Olympus, Book 2) 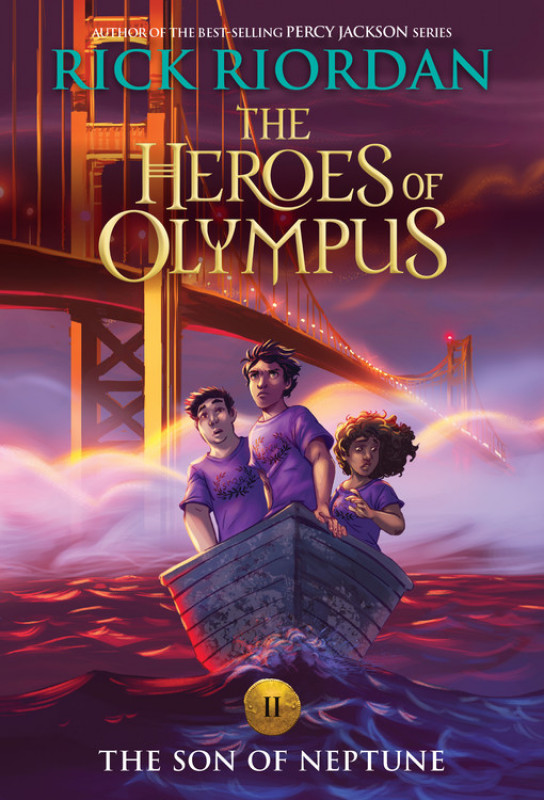 The second book in the mega-bestselling Heroes of Olympus series by Rick Riordan, now with fresh and exciting new cover art by graphic novelist Nilah Magruder.

Percy is confused. When he awoke after his long sleep, he didn’t know much more than his name. His brain-fuzz is lingering, even after the wolf Lupa told him he is a demigod and trained him to fight. Somehow Percy managed to make it to the camp for half-bloods, despite the fact that he had to continually kill monsters that, annoyingly, would not stay dead. But the camp doesn't ring any bells with him.

Hazel is supposed to be dead. When she lived before, she didn’t do a very good job of it. When the Voice took over her mother and commanded Hazel to use her “gift” for an evil purpose, Hazel couldn’t say no. Now, because of her mistake, the future of the world is at risk.

Frank is a klutz. His grandmother claims he is descended from ancient heroes, but he doesn’t even know who his father is. He keeps hoping Apollo will claim him, because the only thing he is good at is archery. His big and bulky physique makes him feel like a clumsy ox, especially in front of Hazel, his closest friend at camp. He trusts her completely—enough, even, to share the secret he holds close to his heart.

Beginning at the “other” camp for half-bloods and extending as far north as the land beyond the gods, this breathtaking second installment in the Heroes of Olympus series introduces new demigods, revives fearsome monsters, and features other remarkable creatures, all of whom are destined to play a part in the most important quest of all: the Prophecy of Seven.