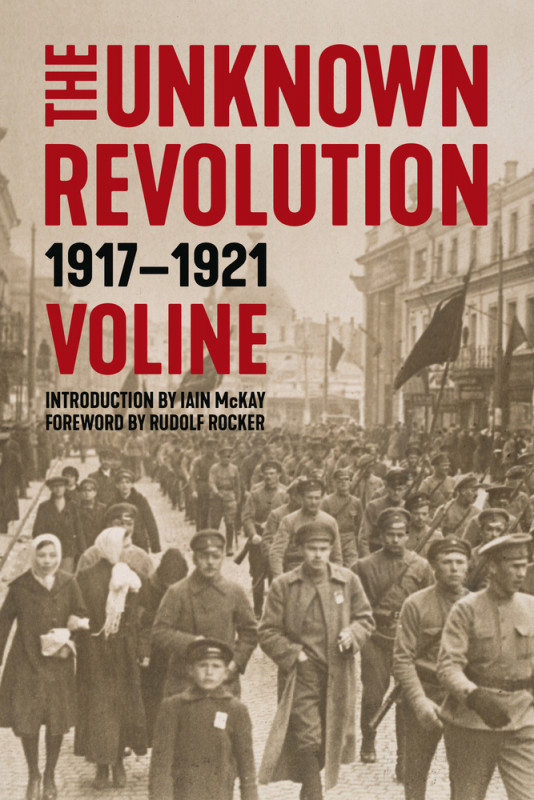 By Rudolf Rocker and Voline

This is the untold story of the Russian Revolution: its antecedents, its far-reaching changes, its betrayal by Bolshevik terror, and the massive resistance of non-Bolshevik revolutionaries. This in-depth, eyewitness history written by Voline, an outspoken activist in the Russian Revolution, is accompanied by a biography of the author by Rudolf Rocker and a contemporary introduction by anarchist historian Iain McKay.

Significant attention is given to what the author describes as “struggles for the real Social Revolution”; that is, the uprising of the sailors and workers of Kronstadt in 1921, and the peasant movement that Nestor Makhno led in Ukraine. These movements, which sought to defend the social revolution from destruction by the politicians, provide important material for a clearer understanding of both the original objectives of the Russian Revolution and the problems with which all revolutions with far-reaching social objectives have to contend.

Drawing on the revolutionary press of the time, Voline reveals the deep cleavage between the objectives of the libertarians and those of the Bolsheviks, differences which the latter “resolved” by ruthlessly eliminating all who stood in their way in the struggle for power.

This edition is a translation of the full text of La Révolution inconnue, originally published in French in 1947. It reinstates material omitted from earlier English-language editions and reproduces the complete text of the original volumes.

Praise:
“A fascinating and valuable book—a combination of history, eyewitness account, and partisan advocacy—about the Russian revolution of 1917–21.”
—Stephen F. Cohen, author of Bukharin and the Bolshevik Revolution

“In rich detail Voline documents the efforts of workers, peasants, and intellectuals to inaugurate a free society based on local initiative and autonomy. . . . It should be read by every person interested in the anarchist movement and the Russian Revolution.”
—Paul Avrich, author of The Russian Anarchists

“The uniqueness of his work consists not only in the events that the author has selected for analysis but also in the anarchist point of view. Neither would be found in Soviet or Western academic literature of the Revolution.”
—Choice

“One of the most coherent and comprehensive personal accounts of the Russian Revolution, of the nature of the Bolshevik State from its birth in 1917 through to its suppression of both the Kronstadt uprising of 1921 and of the Makhnovist peasant movement in the Ukraine between 1918 and 1921.”
—Stuart Christie, author of Granny Made Me an Anarchist

About the Contributors:
Voline (Vsevolod Mikhailovich Eikhenbaum, 1882–1945), writer, educator, poet, and anarchist, was an outspoken activist in the Russian Revolution. Exiled by the Tsarist tribunal, then sentenced to death by Trotsky and rescued amid protests, he never ceased to live up to his chosen nom de guerre based on the Russian word for freedom.

Iain McKay is an independent anarchist writer and researcher. He was the main author of An Anarchist FAQ as well as numerous other works, including Mutual Aid: An Introduction and Evaluation. In addition, he has edited and introduced Property Is Theft! A Pierre-Joseph Proudhon Anthology; Direct Struggle Against Capital: A Peter Kropotkin Anthology; and Kropotkin’s 1913 book Modern Science and Anarchy.

Rudolf Rocker (1873–1958) was one of the most prominent writers, speakers, and activists of anarchism’s classical period. His works include Nationalism and Culture and Anarcho-Syndicalism: Theory and Practice. Rocker was an outspoken critic of the suppression of individual freedom and anarchism under Russian communism and a supporter of the Kronstadt uprising and Nestor Makhno’s peasant movement in Ukraine. 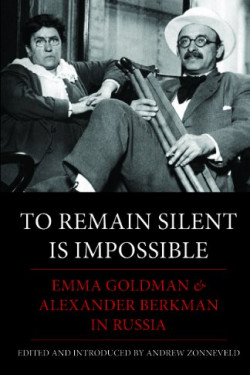 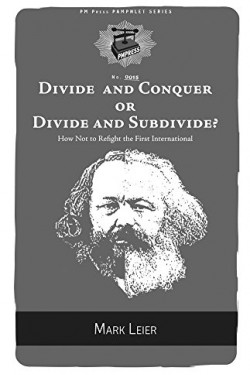 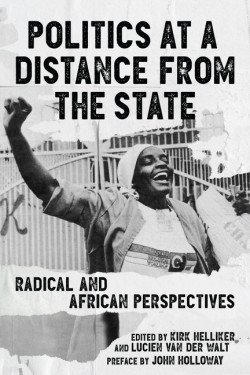 Politics at a Distance from the State: Radical and African Perspectives
By Kirk Helliker