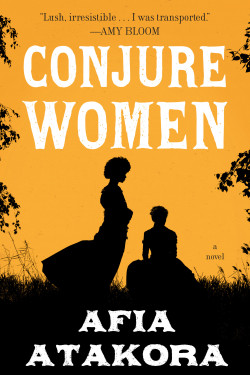 Ugh, SO good. This snappy time-travel adventure is the perfect example of what an enemies to lovers story-line should be: a spirited rivalry that gives way to reluctant admiration, and finally melts into a passionate love of equals. From the very first teasing letter I was so invested in this forbidden love between the characters of Red and Blue, operatives from opposing sides of a war between the harsh mechanical and the lethal botanical.

I can honestly say this is the very first book that prompted me to look up (PG!) fan art of the characters because I just couldn't get enough! My heart!!

Content Warnings: Some blood and gore, poisoning, one scene of implied torture 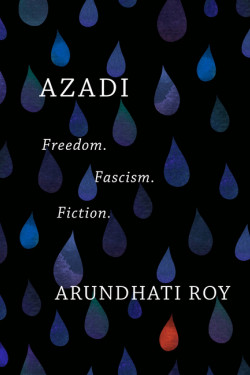 Arundhati Roy has the rare talent of writing non-fiction essays that are just as engrossing as her fiction. She could write about watching paint dry in her signature wry style and it would keep me on the edge of my seat because she is that good. Thankfully, the subjects covered in Azadi are already fascinating: the movements for freedom under a fascist Indian state, and the role of the writer to document and uplift them. The star of this collection is definitely "The Pandemic is a Portal," in which Roy wonders what could be if we collectively decided to leave our pre-Covid baggage behind and imagine another world.

Content Warnings: the unspeakable violence that state governments enact on their people, Covid-19

This feminist ghost story collection delivers a very similar ~ darkly whimsical ~ tone to one of my favorite films, Spirited Away. Loosely based on Japanese folklore, these stories follow the otherworldly spirits who haunt temples, bathhouses, and unsuspecting men, living (or not) exactly as they please. An on-point concept with an execution to match, do yourself a favor and bring these ladies home! 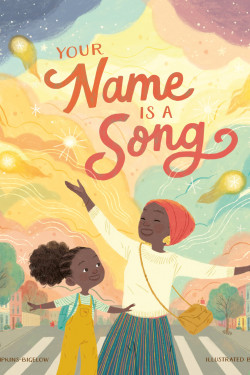 Whether our names are gifts we were given from family or gifts we gave ourselves, they are deeply significant to who we are. Jamilah Thompkins-Bigelow's lyrical picture book shows young readers how to honor the pronunciations and meanings of each other's names, and gives us permission to proudly exclaim, this is how you say my name!

I read a lot of Agatha Christie when I was younger and became a huge fan of the 'underestimated elder entangled in a murder mystery' trope. Drive Your Plow Over the Bones of the Dead takes this Miss Marple-esque character and twists her into someone more shrewd, strange, and clairvoyant than any of the other characters, or even the reader, anticipates. Set in a snowy Polish village, this Nobel Prize winning novel is the perfect winter read, grappling with predetermination, comeuppance, and our responsibility to the natural world.

This graphic novel is breathtaking. The ragtag found family space crew, the star-crossed wlw romance, the stunning artwork using the palette of the lesbian pride flag *chef's kiss.* I adored everything about On a Sunbeam and only wish I were still reading it for the first time! 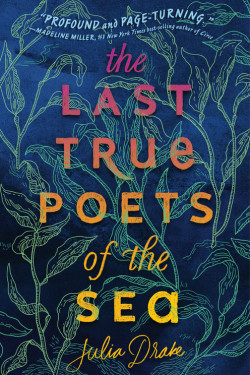 Shipwrecks, friends to lovers, and a Jacque Cousteau musical filled with ocean puns await you in this surprisingly emotional adventure. One of the most honest coming of age stories I've read, Drake pulled me back into the exhilaration of self-creation. The tender, sapphic romance between two fully realized, flawed, complimentary characters make this one of my all time favorite queer stories!

Ministry of Utmost Happiness, The
$16.95

This unhurried, character-driven read absolutely shook me to my core when I read it for the first time. I had never felt like I had lived so many different lives or seen the world reflected back to me so honestly. The book is from 2016 but Roy's blistering examination of India's continued military occupation of Kashmir and rising religious nationalism remains extremely topical. The Ministry of Utmost Happiness is the kind of book that will truly stay with you for a life-time and demands to be reread over and over again. 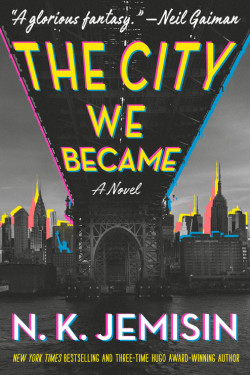 I loved Jemisin's short story collection How Long 'til Black Futures Month, and was so excited to hear that she expanded the first story into a full book! The City We Became follows the avatars of five different NYC boroughs as they attempt to combat an evil force that uses police, real estate, and neo-nazi groups to wage war against the city. Chock-full of insider New York jokes and cheeky symbolism, it is a exciting adventure that does not bother to disguise its larger commentary. At its heart, The City We Became is both a love letter and a challenge to this vibrant, frustrating, magical city. 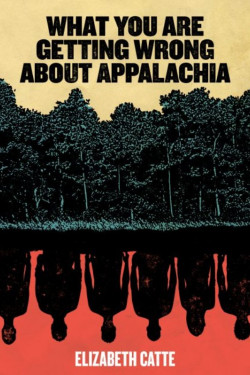 What You Are Getting Wrong About Appalachia
$16.95

"In Appalachia, coal isn't just coal. It's the blackest part of a constellation of knowledge that tells us it is easier in our world to bury a person alive than to lift her up."

Historian Elizabeth Catte's biting response to J.D Vance's popular memoir Hillbilly Elegy does exactly what it sets out to do. What You are Getting Wrong About Appalachia retrieves the narrative from the sticky fingers of sensational journalists, "local color" writers, eugenicists disguised as academics, and self-appointed Appalachian representatives such as Vance. Through storytelling and photographic imagery of the labor and civil rights movements which are deeply rooted in these hills, Catte complicates our belief in a white, complacent, and doomed Appalachia.

Wow! This book set a new bar for what I believe is possible for a short story collection! Jemisin immediately pulled me in within the first couple of sentences and kept me enthralled through every story - some dystopian and grotesque, many invigorating and hopeful, and most leaving me hungry for more. Jemisin allows us only a brief taste of the strange and wonderful futuristic worlds she has dreamed up. My favorites were the sensual, mysterious stories centered around food that made me ache for half-forgotten meals and yearn for flavors yet unknown.